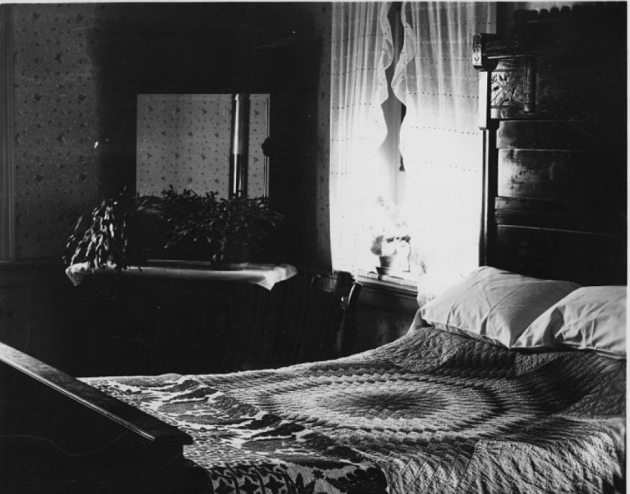 This nightmare began when he came into her home, into her room where she had been sleeping, twirling the keychain with her spare key which she had kept under the pot plant out the back around his index finger.

In the nightmare, she lay there, paralysed with fear; only her eyes could move as they followed him pacing back and forth at the foot of the bed twirling the keychain on his index finger. She believed that if she didn’t move, if she played dead, he would go away like the bears do in Yellowstone Park.

He did not go away. After sometime, he placed the keychain on her side table before leaning down to put a hand either side of head and with his nose almost touching hers he breathed, “Remember me.”

Her answer stuck in her throat as he stood up as if to regard her inability to speak.

Reaching down he put his hands around her throat and squeezed, the pressure made her lungs feel as though they would explode. Panic enabled her arms to finally move as she reached up to claw at the black balaclava off his head; if she was going to die, she wanted to know who was going to kill her.

Inexplicably, this was where the nightmare ended as she feel into a deep dreamless sleep.

In the morning, she woke with a dull throb emanating from her throat.

She stretched out and let her hands reach across the expanse of her queen-size bed. Her left hand touched the coarse texture of something which was not the cotton smoothness of her sheets which she was expecting. She picked up the foreign object and her heart beat faster as she identified it as a black balaclava.

She looked across to her side table and there lay the spare key.