Home » The Language of Flowers

The Language of Flowers 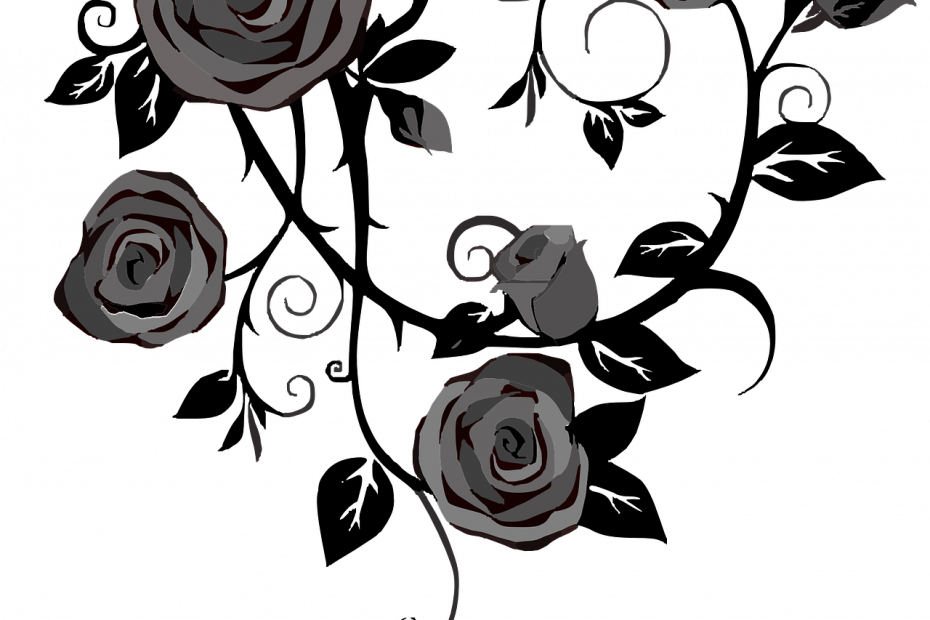 The book lay on the counter. Ridiculous, he thought as he aggressively poured his coffee spilling it onto the pristine white surface. Quickly, he grabbed the sponge to clean up the spill and then stopped; she wouldn’t notice. Not now, anyhow.

The coffee spill dripped to the tiled floor; the brown liquid sullying her floor.

Slamming his coffee on the kitchen table, he disturbed the browning petals from the black roses he had given her only days before. He still had no idea what possessed him to buy the bouquet, he had had no intention of buying her flowers, but the black roses and french lavender combination had been so striking, so different that he couldn’t help himself. She had always prided herself on her innovative and modern aesthetic so, of course, he had given them to her.

They had not been received with the reaction he had been hoping for. Her reaction had been cold, measured as she looked him up and down, making him feel small.

In that moment, he had never hated himself more as he fussed and babbled, desperately trying to fix whatever he had done wrong. He had placed the black and purple flowers into her favourite white vase and placed them onto the white ash table. When he had done so, he stood back and admired his work, the black roses and soft purple lavender really did look incredible against the stark bright white of the room.

He had told her as much.

The rest of night had passed quietly, the television providing the only reprieve from the silent wall she had built between them.

Tomorrow would be better he had told himself.

Tomorrow was not better.

In the morning, he walked into the kitchen in the white pyjamas she insisted he wear each night to get his coffee from the white percolator bubbling with promise in the corner of the kitchen.

That’s when he saw it.

“The Language of Flowers” book had been placed on a note from her written in her perfect hand on her perfect white linen paper.

“Educate yourself” it said.

He opened the page and there it was, black roses symbolised vengeance and lavender symbolised distrust. His mouth began to open and shut pointlessly, no words could come out.

His white phone buzzed. He glared at it, as it buzzed again.

It was a text from her, sent to him from her white phone. “You disappoint me. No only did you bring those garish flowers into our perfect house, you send me a message of your infidelity.”

He complained into the empty expanse of the room, “What infidelity? You told me to educate myself. How can I send a message using a language I don’t understand?”

He continued to read. “I have booked passage abroad. Please don’t follow me. “

He pressed the dial button but it rang out.

“Stupid!” He looked down at the pristine white pyjamas. “Stupid!”

Deliberately, he walked to the white fridge. Opening the door, he spied the Black Forest cake he had bought as a treat two days ago but had remained untouched because she had decided they were on a diet.

“You had been angry about that, too.” He sang as he cut himself a huge piece before smearing a second piece onto his pyjamas. “You’ll be angry about this as well.” He sang again as he began to dance around the room.

That had been a week ago. The chocolate cake had well and truly embedded itself into the white fabric of the pyjamas he continued to wear but he no longer felt like dancing.

He glanced at the book again as the spilt coffee pooled around its cover.

“Booked passage abroad.” He shook his head as he surveyed the white kitchen save the dying roses and lavender and the spilt coffee. He didn’t like her. He didn’t like himself when he was with her; a blank version of what he had been before her.

1 thought on “The Language of Flowers”