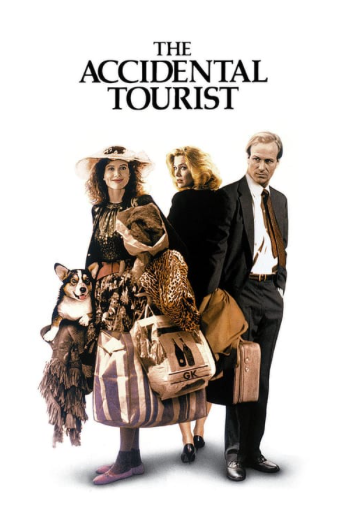 Why liking yourself should always be the priority.

Years and years ago I was watching the film ‘The Accidental Tourist’ on a midday showing on television trying to distract myself from the self-loathing that my latest lover had instilled in me. I wasn’t really paying attention, it was a more ‘it’s-on-while-I’m-the-room’ type thing, but when William Hurt’s character, Macon uttered the line, “I am beginning to think that maybe it’s just not how much you love someone. Maybe what matters is who are when you are with them,” my views on relationships changed forever.

You see, in those days I wasn’t terrible looking and I had the sort of bubbly personality that would attract young men because I could scrub up all right, look good on their arm and charm their friends with vacuous jokes. Unfortunately though, I have a lateral thought process with which a lot of blokes couldn’t cope after a while and then the ‘you’d be better if’ conversations would begin…

You’d be better if you lost weight so you’d look more like ‘insert model name here’.

You’d be better if you dressed more sexily.

You’d be better if you wore more makeup.

You’d be better if you dyed you hair red.

You’d be better if you read less.

You’d be better if you didn’t talk about stuff that my friends don’t understand.

You’d be better if you didn’t think so much.

And so on, and so forth.

It usually started at about 3 months into the relationship and inevitably, when it got to six months, I’d decide that maybe they wanted someone else and break it off. This was generally followed by a self-imposed celibacy which generally went from one to two years because I would be convinced that something was wrong with me. My parents despaired that there was something wrong with me as I couldn’t seem to commit (because I was too ashamed of my shortcomings to share the real reason my relationships didn’t last) and lamented that I would never produce grandchildren for them.

“Maybe it matters who you are when you are with them.”

Long story short, I met my husband two years later and he loves my lateral thinking and sometimes joins me on my little cognitive jaunts. He has never commented on my weight, even implored me not to diet for our wedding because he ‘loves the shape’ I am and, as a result, my weight stabilised at a healthy number for the first time in my life.

On the bright side, my girls have found their own pop culture reference to help them stem the tide of self hatred in the form of Russell Howard’s, “Recalibrate” show on Netflix. Russell bemoans the lack of communication between young people in relationships and the impact that the media has had upon the expectations of young men and the self-confidence of young women but does so in such a way that the audience laughs, thinks and discusses. At least, that is what happened in my household.

Thank you for Russell Howard!

So, at my ripe old (middle) age, let me share what I now know to be true thanks to life, Macon and Russell Howard, “It doesn’t matter how much you love someone. If you don’t like yourself when you are with them it is never going to work.”

Take it or leave it but life is a lot easier when you love the person looking back at you in the mirror.